Home » Community » History of the Divine Liturgy at Basilica of St. Ann

History of the Divine Liturgy at Basilica of St. Ann

Annual Event held at the Basilica of the National Shrine of St. Ann
Scranton, Pennsylvania 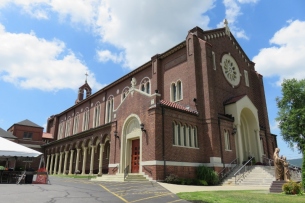 A Byzantine Catholic Divine Liturgy has been celebrated since the early 1970’s at the Basilica of St. Ann in Scranton during the annual novena to St. Ann.

The Basilica of St. Ann in Scranton, Pennsylvania is well known for an annual novena in honor of its patron saint, the grandmother of Jesus.  Held July 17 to July 26 each year, ending with the Feast Day, the novena draws thousands of Catholics to the Shrine and blessed grounds.  Saint Pope John Paul II declared St. Ann Monastery and Church as a National Shrine to be a Minor Basilica on October 27, 1997. The novena has a long history dating back to the early 1900’s after the monastery had been founded by the Passionist order and the Roman Catholic diocese of Scranton.  The annual novena began in 1924, and the establishment of the original monastery dates back to 1904.¹

Historically, many of our area Byzantine Catholics (formerly known as “Greek Catholics), including many founding members of our own parish and their children would make the “pilgrimage” to St. Ann Monastery for the widely-attended annual novena. 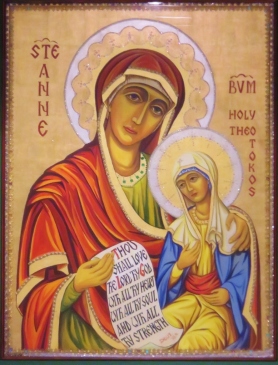 This Icon of St. Anne and the Most Holy Theotokos was gifted to St. Ann’s Monastery and Shrine by our Byzantine Eparchy of Passaic, NJ.

Early on, the priests of St. Ann Monastery recognized the ethnic diversity of the area, and worked to serve the needs of the faithful coming to pray.  Roman Catholic Masses and confessions in the languages common to the region such as Polish and Italian became a part of the back-to-back services offered on the Feast Day.

A Vision United in Faith

Through the insightful spiritual relationship and cooperative initiative begun many years ago, the Byzantine Divine Liturgy at the Basilica of St. Ann has become an established tradition and much more.   The entire Passionist community, staff, and parish family at the Monastery continue to be most gracious hosts and friends.  It is a blessing that we are united in our faith as Catholics in worship to God and with reverence to St. Ann at this historic site and holy shrine. 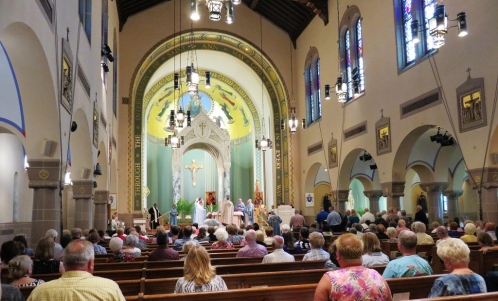 Divine Liturgy is held traditionally on a weekday during novena week.  Every bishop of the Eparchy of Passaic since Bishop Dudick, including our current Bishop Kurt Burnette, D.D., has visited the monastery and celebrated Liturgy at the Basilica.

This is an opportunity for all Catholics visiting the Shrine to worship and to witness the beauty of one of Eastern Rites of the Catholic Church.

Many prayers have been answered since the inception of the public devotion.  The faithful return unceasingly to St. Ann’s for the Novena.  Many attending each year are keeping an unbroken family tradition spanning several generations.

The photos below are from the 2017 Novena.  Serving for Bishop Kurt Burnette this year, was Right Reverend Archpriest James G. Hayer, Protosyncellus of the Byzantine Ruthenian Eparchy of Passaic, New Jersey.  The preachers for the 2017 novena were Father Melvin Shorter, C.P., and Father Paul Ruttle, C.P.;  Father Melvin was the featured preacher at the Byzantine Liturgy.  Very Rev. Richard Burke, C.P., Rector of St. Ann parish, opened the Liturgy with the novena prayers to St. Ann. 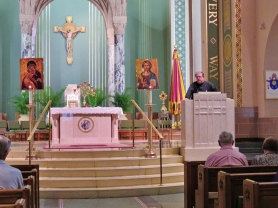 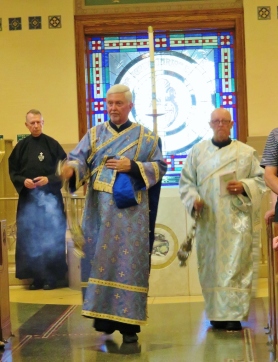 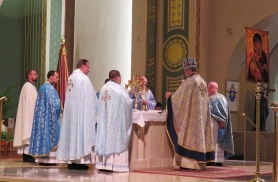 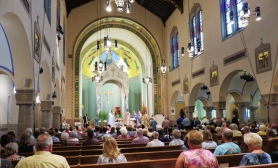 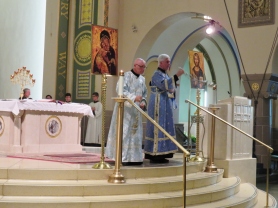 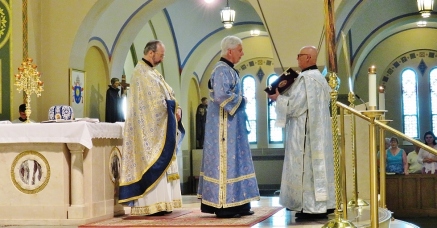 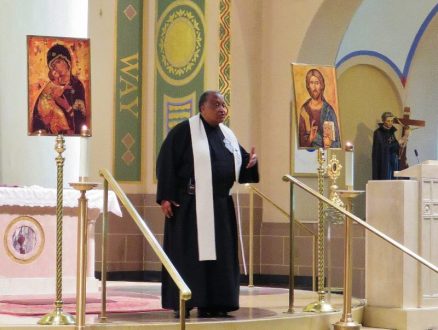 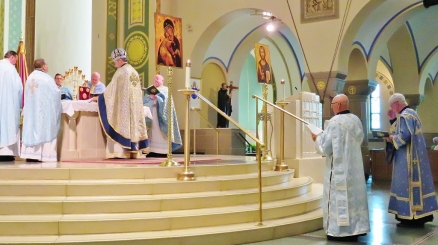 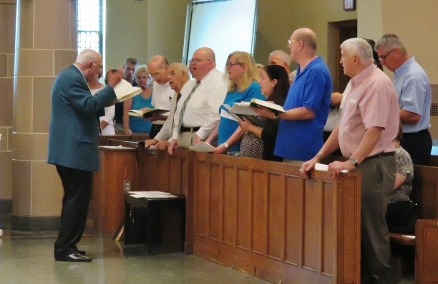 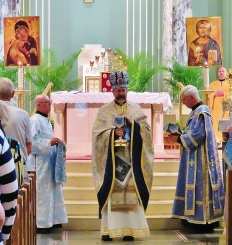 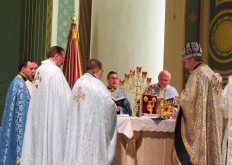 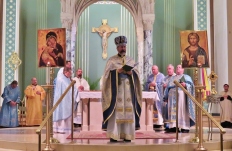 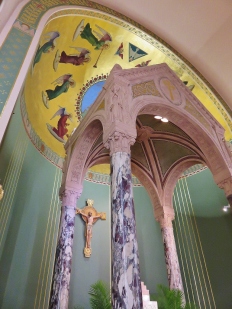 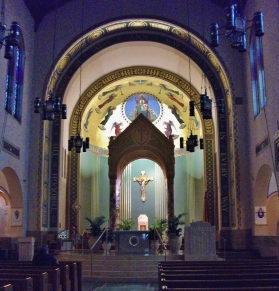 Notes on St. Ann as Patron Saint of Miners

Beginning with a Miracle

A part of the early devotion to St. Ann in Northeastern Pennsylvania may be due to the fact that St. Ann is the patron saint of miners.  And in a quite appropriate way, St. Ann came to the aid of this Scranton church with an incident connected to mining – one that involved a miracle on the site.   During the early 1900’s, anthracite coal mining was the occupation held by many of our immigrant church founders and families.  Although mining provided an opportunity for them to sustain their growing families and establish homes, it equally brought with it hardship and tragedy.  Coal mining was dangerous work with impacts that affected everyone in the area, whether involved in mining or not.

Mine subsidences or “cave-ins”,  were common occurrences in the region resulting from the collapses of the underground voids created during the excavation of the coal seams.  Any street or property could be affected at any time; homes were damaged and lives lost without warning.  St. Ann’s in Scranton was no exception.  Not long after the monastery was established a huge subsidence caused serious damage threatening the original building on the site, and again 2 years later.  But a miracle occurred just 2 days after the July Novena in 1913, when a subterranean slide of boulders reinforced the foundation of earth under the building in a way that permanently ended the danger.

From Past to Present

There is little doubt that families of many Catholic parishes in the area could relate to the story of what occurred at St. Ann’s, having dealt with personal mining stories of their own.  The weekly novena to St. Ann grew over time with the prayers of gratitude by the people who knew of it, and also with the spiritual direction of the Passionist priests to the point where a larger church was built, the one that is present today.  Today, the history of the Basilica of St. Ann is a part of the histories and memories of many generations of families.  Together, Catholics from both East and West traditions join in prayer and worship at the site, a continuing common thread of preserving  examples of faith to inspire all.

¹ In relation to the establishment of St. Ann’s novena, to put this in perspective with our own church history, St. Michael’s initially was organized in 1911, and our church foundation dedicated in 1915.